May 18th 2022 - Novices' meeting at Fairfield Apiary hosted by Anne and Arthur Hill.

May 14th 2022 - our annual visit to Kay Liston's apiary at Lochcarron.

July 2021 - Evanton meeting hosted by the Thomsons and Applegates.

June 2021  - The first meeting of the year at Findon Mills held under level 1 Covid rules.

June 2021 - The rescue of a feral colony housed in an abandoned duck nesting box with the full story - so far.

July  2020 - Novices meeting. Click here for some photographs. Rather a windy day and would have been better if it had been warmer and sunnier but at least the meeting took place:-)

May 2020 Chris and Andrea Goddard took the opportunity of taking photographs and video of a swarm entering their bait hive. They can be viewed here. 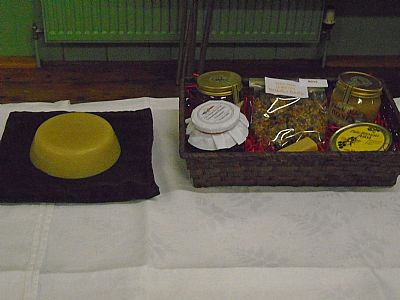 Visit to Lochcarron, June 2019 can be viewed here. 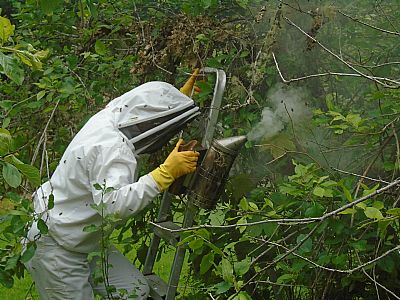 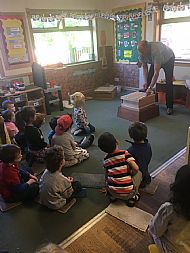 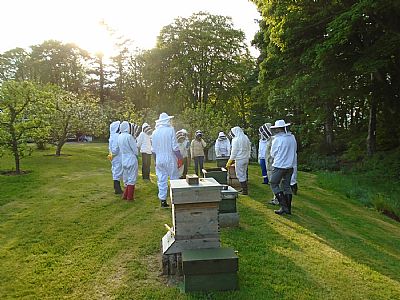 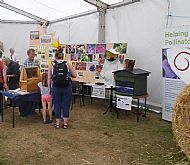 May 2017 visit to Lochcarron apiary of Kay Liston. Click here.

A series of photographs showing the separation of wax and honey using an uncapping tray to process frames of set Oil Seed Rape honey. Click here.

2014 Honey Show - selection of photographs from this very enjoyable evening. Click here and remember to click on an image to start the slide show.

Arthur and Pam presented an Introduction to beekeeping Course in Ullapool to the Scottish Crofting Federation. Click here for a selection of photographs.

Pam hosted a meeting on behalf of Transition Black Isle on May 31st 2104. Click here for a selection of photographs of the event.

To see a few photos of 2 swarms click here.

For a slide show of some queen cells and a new "Queen Bee" click here.

For a slide show of the Summer Apiary meeting at Findon Mills, June 2013 click here.

A member has submitted the following photos to show the effects and damage caused by dampness. 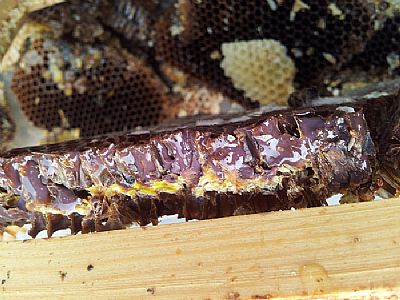 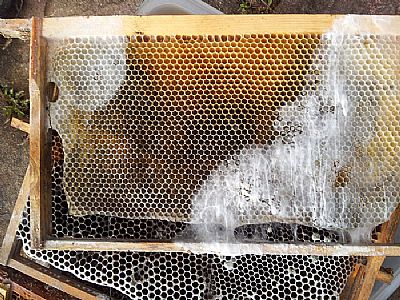 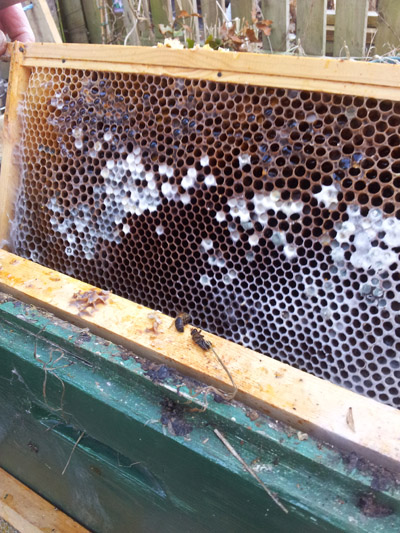 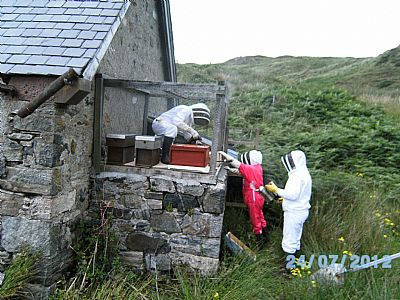 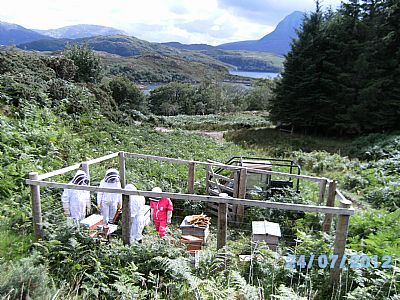 Is it the view or the bees you look at when in the Far North-West? 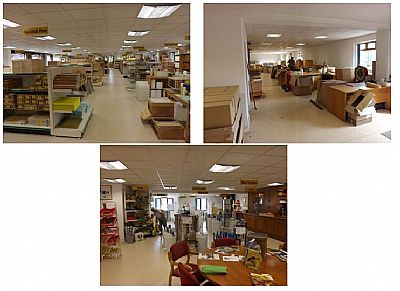 Some views of Thorne's premises in Wragby

The white specks in the right hand photo is wax left behind by the swarm whilst it spent 24 hours deciding to go into the hive. (15th June 2012) 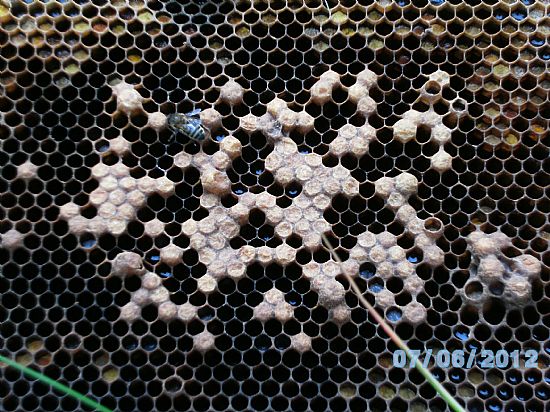 Is the above an example of drone brood laid by a laying worker? Your comments would be most welcome. (7th June 2012)

No suggestions were forthcoming but further colony evidence did suggest a laying worker which was successfully cured. (30th July) 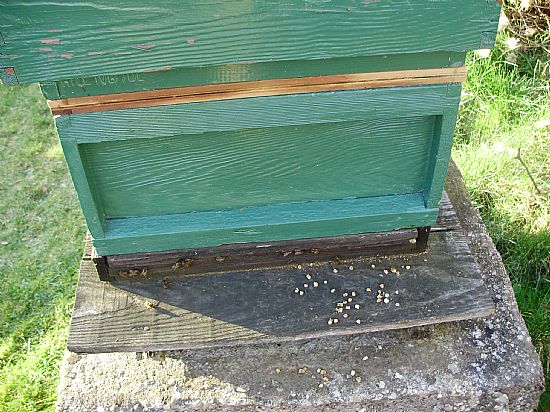 This photo shows chalk brood being removed from a colony. 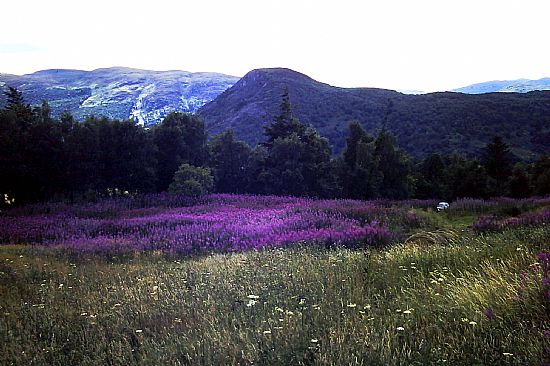 Climate change - what climate change? A view on a light dusting of snow on the hills and Rosebay Willow Herb in full bloom. Taken in the Contin area in 1976 or 1977.

If you think this is impressive just wait until you see the next picture!

Some views of a recent swarm. Well worth having captured and re-hived. 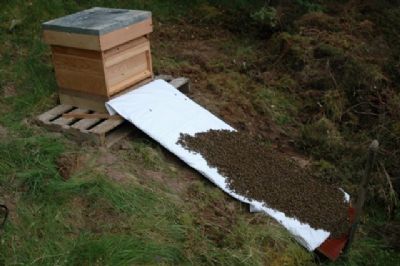 Given their marching orders! 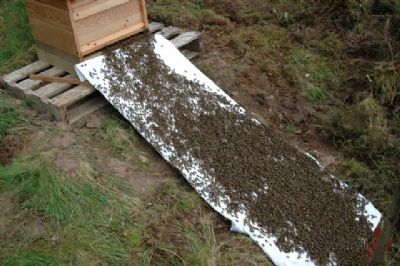 Well on the way home

The start of harvesting the results of all the season's hard work.

The second swarm of the day this time from our best hive - not unexpected but definitely one to keep.

Only one way to find out!

After a while they decided to head off and judicious spraying with the hosepipe and the trapping of the queen in the skep meant we were able to persuade her to go into a prepared hive. After a couple of attempts to escape she decided  to take up residence and the confused bees were eventually encouraged to join her or return to the original hive!

Original hive, far left and the new home on the right.

Presentations to our past Secretary and President.

"Heading home from the Gorse"

If only it could be like this with every hive every year!

Easy does it! Hiving a swarm at a recent apiary meeting in Rosemarkie.

This was only half the bees, the rest had to be persuaded out of the box. A very good example of a prime swarm.

Some of our members have been feeding fondant and experience suggests that the bees are keen on it, as shown below. Photo courtesy of Stuart Tickner

The following photos show what can happen if you leave an empty super in place without a crown board. 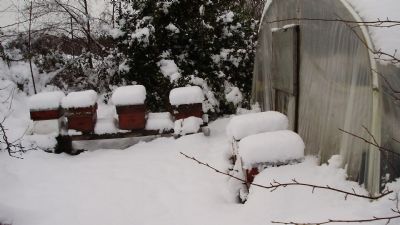 Warning! You never know what you might come across when walking across the heather moors.

More white suits peering into a hive - this time at Dundonnell on Friday 17th July at a get-together of West Coast beekeepers. 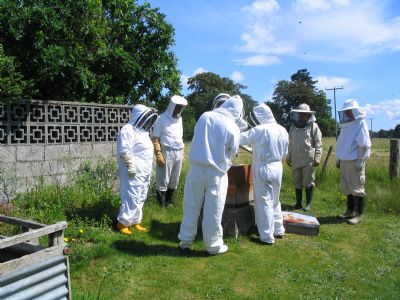 It'swarm work collecting swarms, especially on one of the hottest days of the year. On the Boath road, Alness 30th June 2009

The following photographs were taken at a hive "rescue" on the West Coast.

The scene when we arrived with some possible spare equipment.

Some "tent"ative guessing was going on here as we disturbed a toad from its slumbers.

It required more than just a hive tool to shovel this comb out of the way!

Eventually honey was running out of the bottom of this spare brood box.

A pleasant surprise; the brood box was in much better condition than we expected once we had removed the outer lifts and all the excess comb.

The excesses of 15 years non-disturbance.

Beginning to assemble the salvaged frames.

By now the bees were clustering on every surface, but at least they were very calm considering the amount of disturbance.

The first stage of the rescue completed with bees still collecting on fence posts.

What a pity you can't take photos and apply tippex at the same time!
Not often you get such a good view of the queen as she goes into her new home. 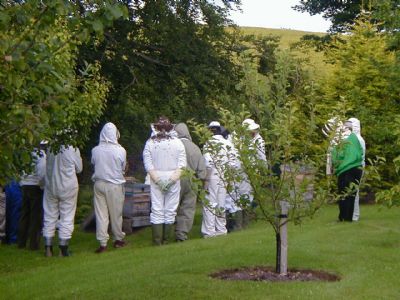 Has anyone noticed how beekeepers start acting like bees by clustering around their Queen? 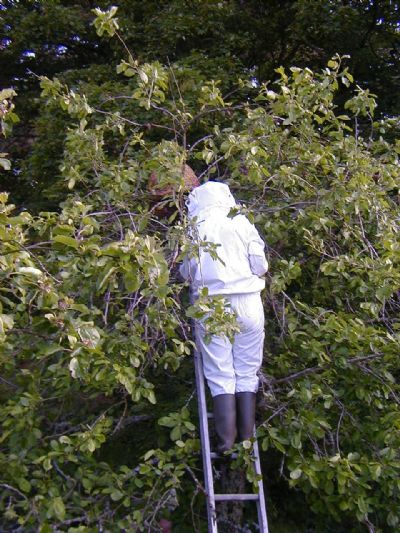 The heights some people go to to collect a swarm!
Roger Piercy

Back to the top 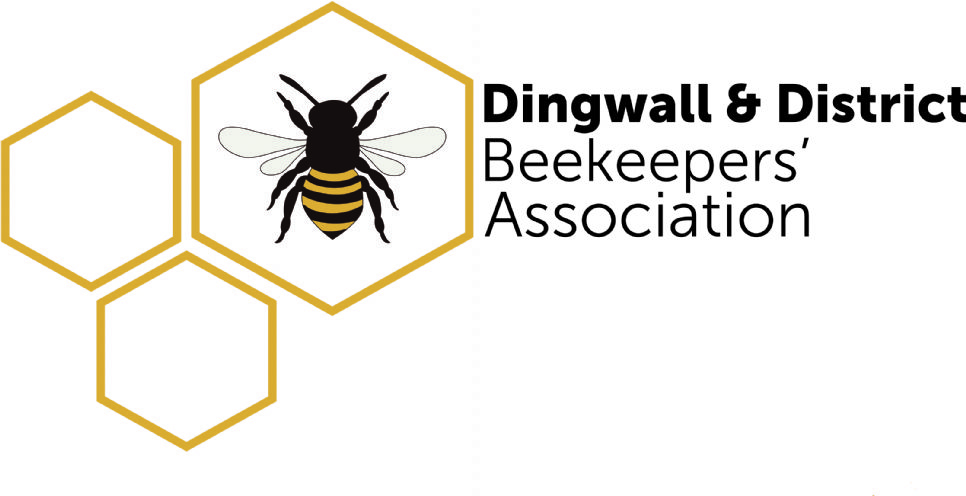